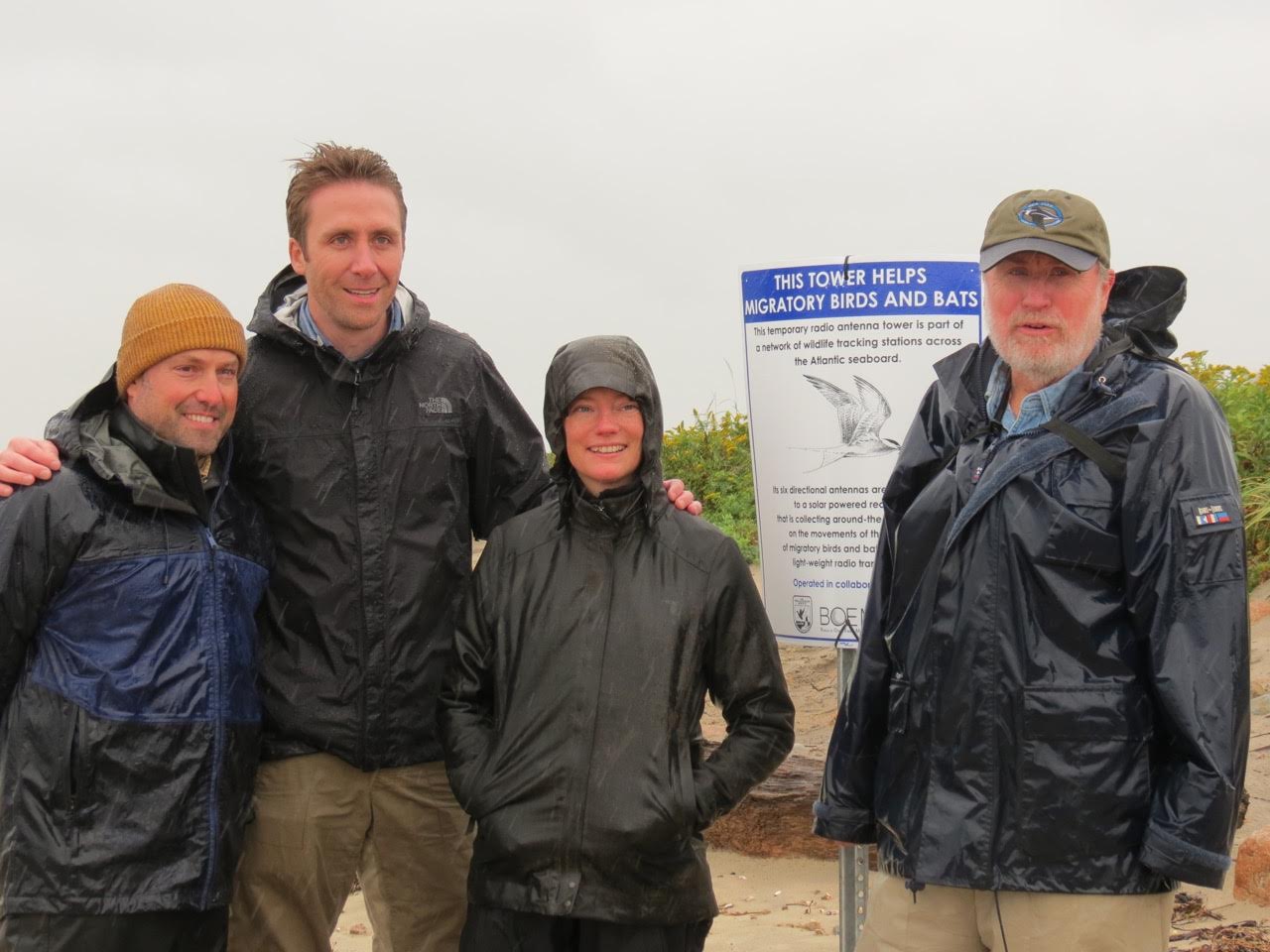 In late September Phillipe Cousteau, the grandson of legendary explorer Jacques Cousteau, was at Napatree Point in Rhode Island to film and episode of his television show XPloration Awesome Planet that will feature research conducted by IGERT Fellow Pam Loring. The video shoot was organized by Loring's partners from the University of Rhode Island and Napatree Point Conservation Area. The episode of Phillipe's show will cover various conservation/research projects in New England, and will include a segment about the nanotag project on which Loring is working. The episode will air on FOX in December and will also be available on Hulu.