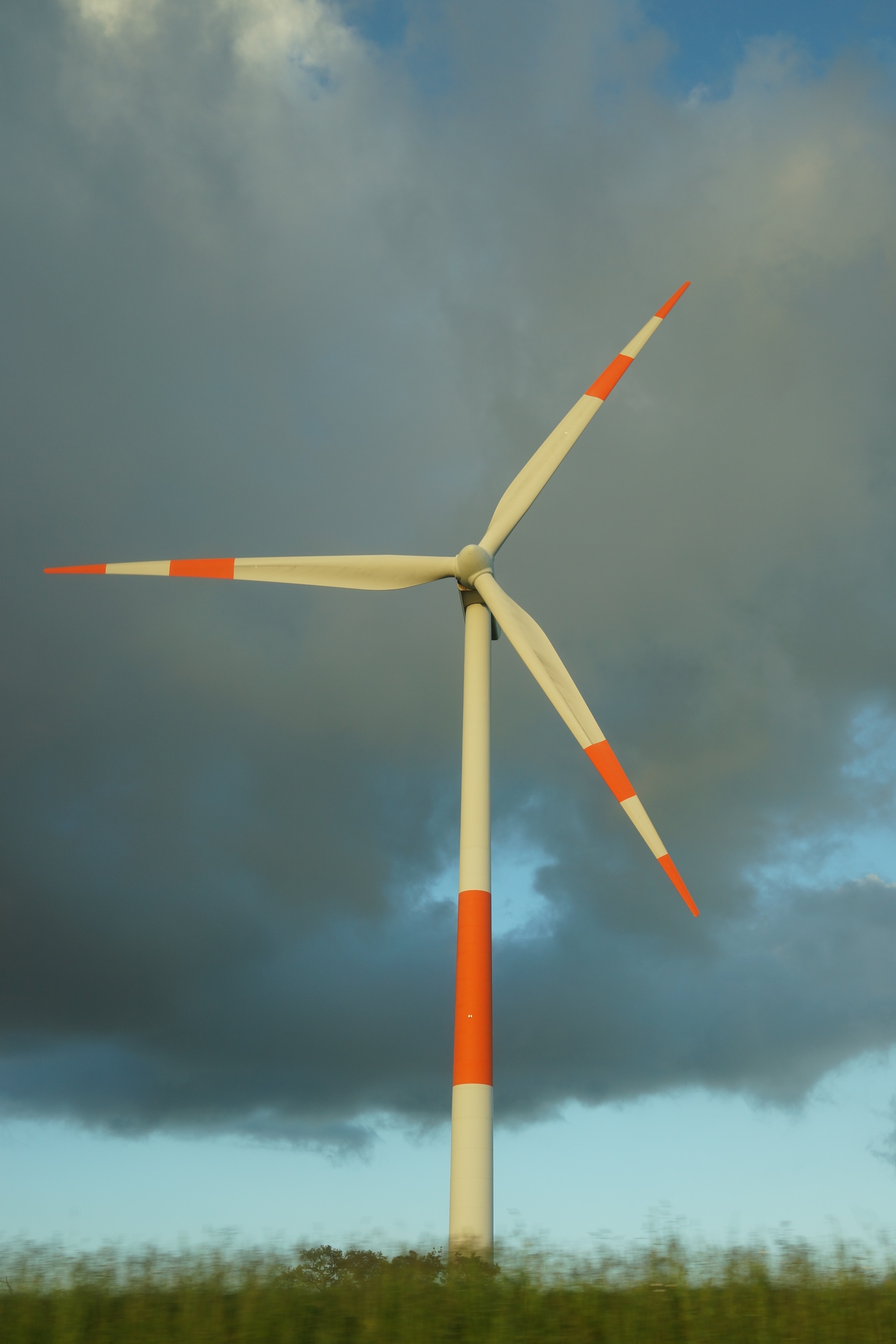 The European wind industry has decades of experience with a wide range of installations, both on and offshore. Much can be learned from the European experience and applied to the growing domestic industry in the United States. Toward that end, UMass IGERT fellows and faculty spent 10 days in May meeting with European experts in the engineering, manufacture, ecology, policy and planning of wind energy systems. The trip included visits to a pioneering wind farm off the Dutch coast, a research station conducting groundbreaking studies on the impacts of offshore installations on marine species, a General Electric turbine assembly plant, a leading wind engineering research center at TU Delft, and the European Commission's Renewables Directive.

In addition to presenting a one-of-a-kind opportunity to develop contacts in the European wind industry, and build interdiscplinary collaborations among IGERT team members, the educational benefits of the trip exceeded the expectations of participants. Some of the highlights are discussed below: 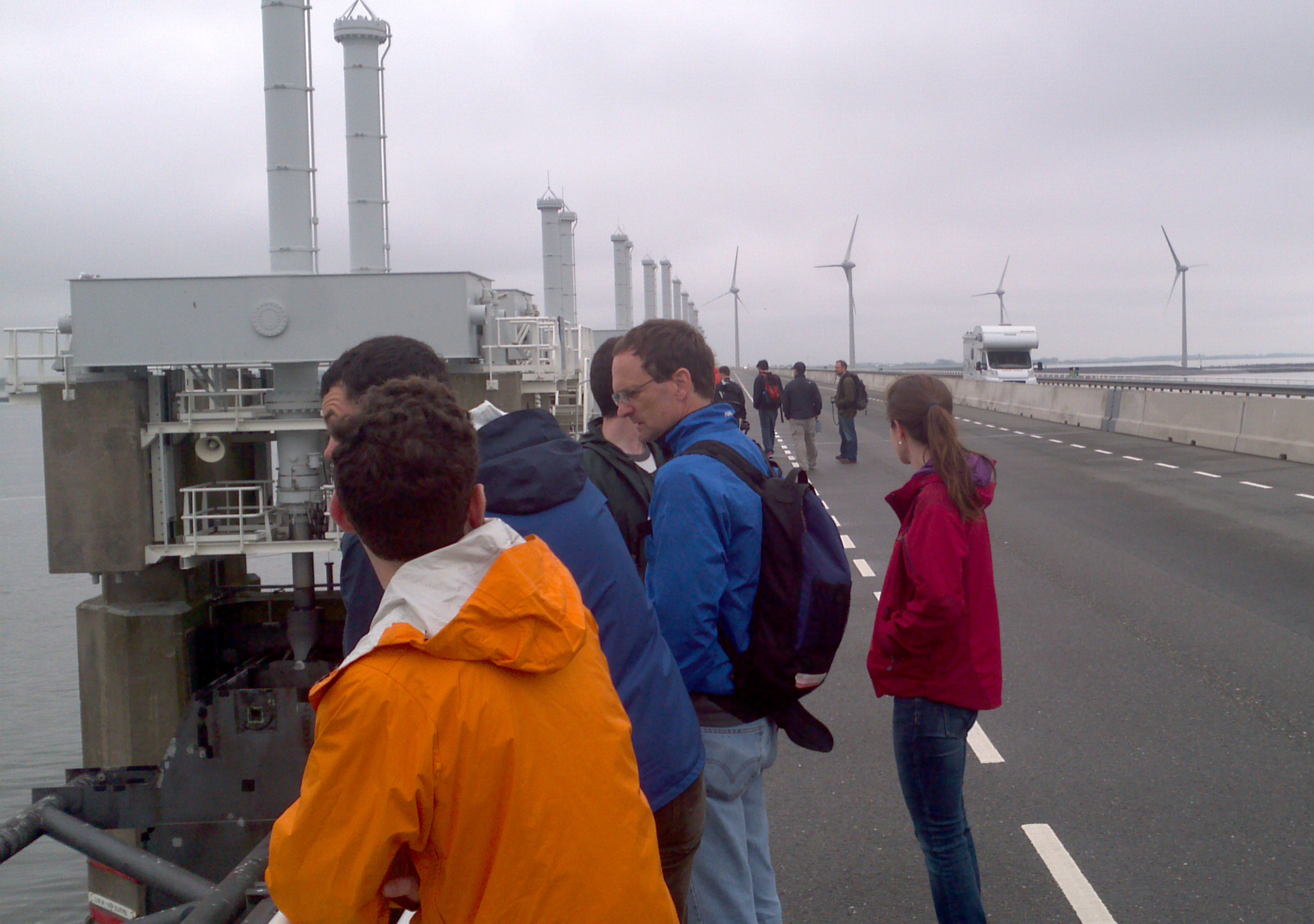 Because the majority of the Netherlands is below sea level, flooding poses a serious threat. The Delta Works is a series of dams, sluices, locks, levees, and storm surge barriers which shorten the Dutch coastline and reduce the number of levees required to prevent flooding, and was declared one of the Seven Wonders of the Modern World by the American Society of Civil Engineers. The IGERT cohort had the opportunity to visit the largest of the storm barriers, Oostercheldekering. Construction of Oosterscheldekering began in 1960 and the barrier was inaugurated in 1986. While there were no offshore wind turbines in the area, numerous land-based turbines surround the Delta Works along the coastline. 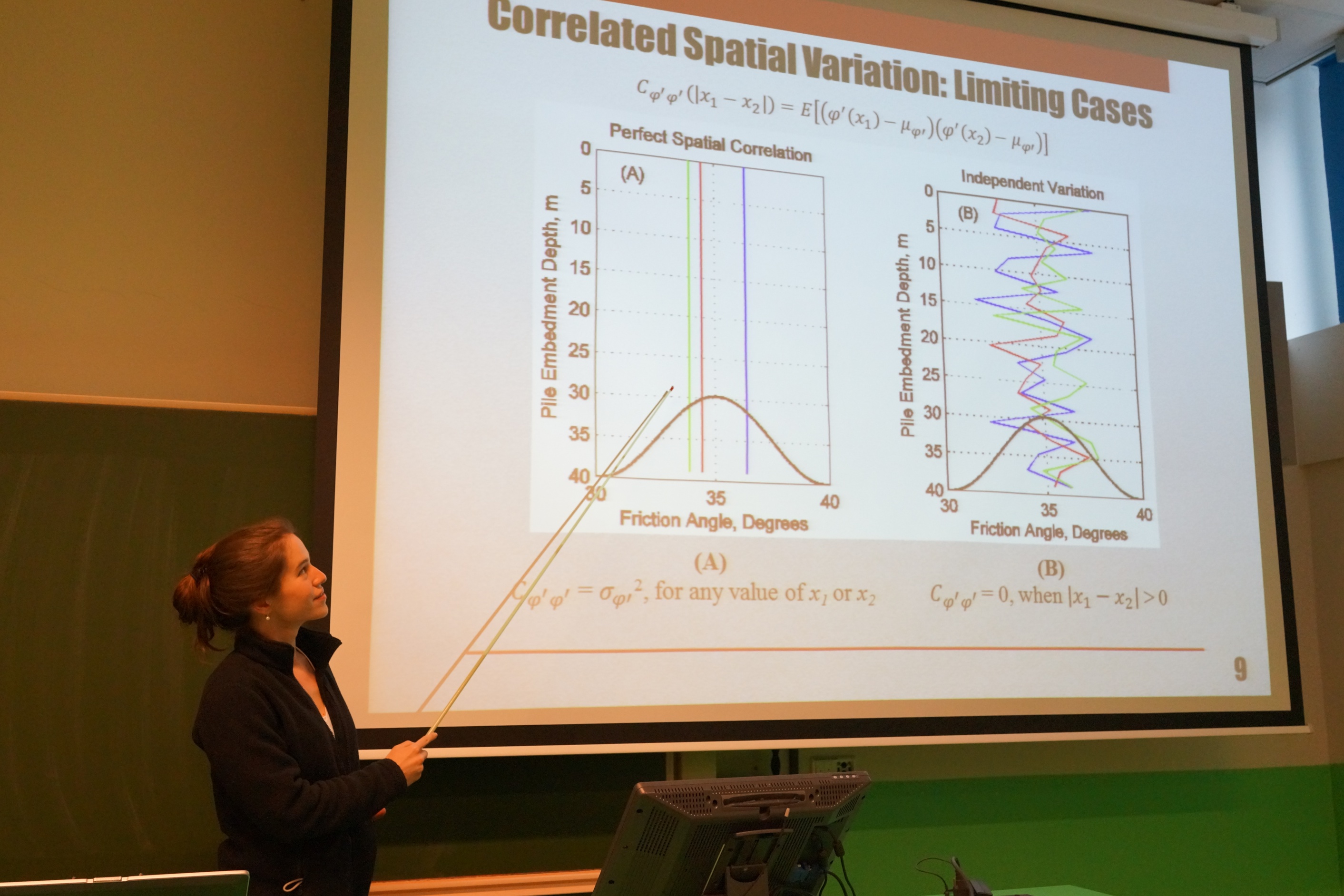 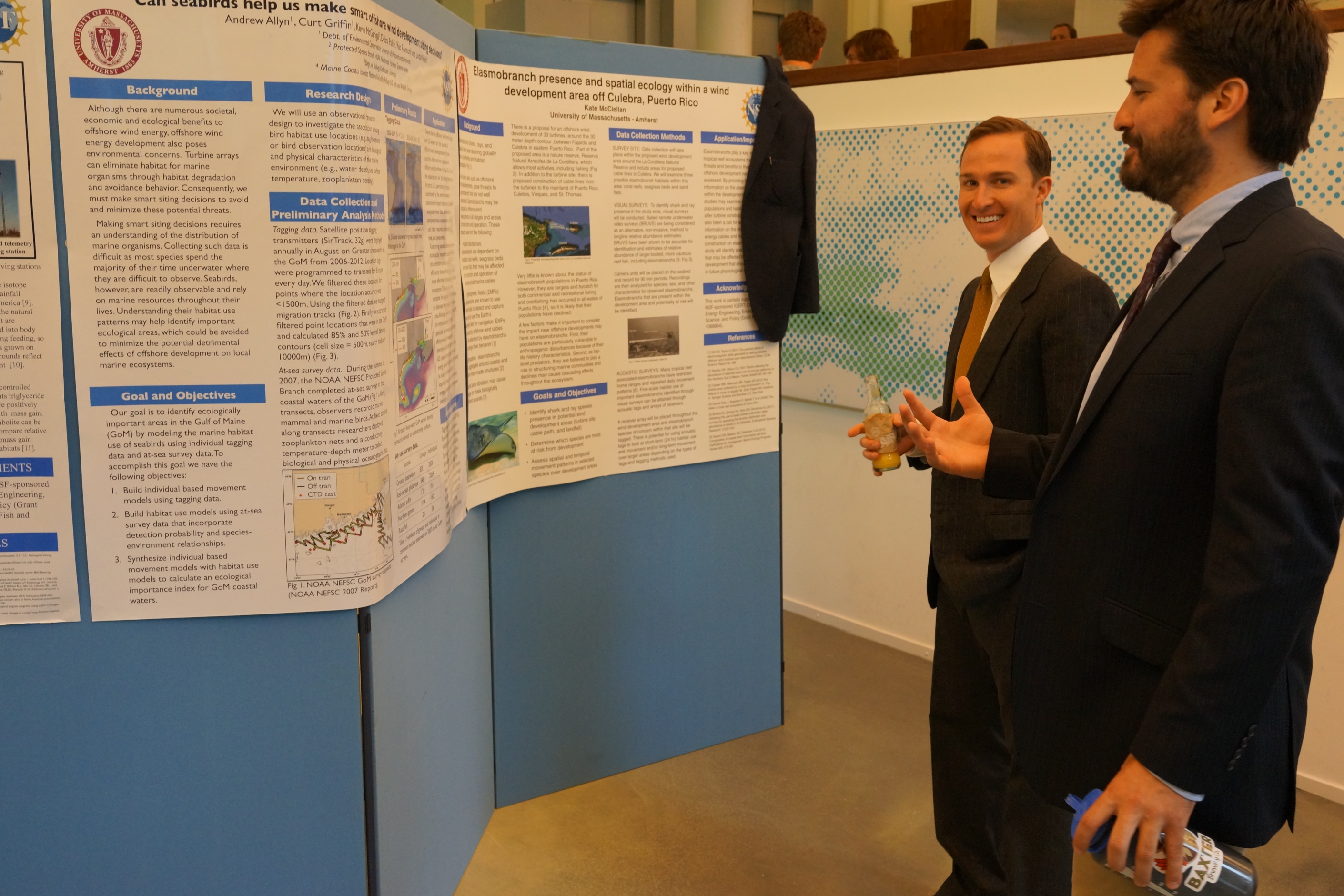 UMass fellows and faculty shared their research with graduate students and faculty from the Delft University of Technology. The aerospace engineering program at TU Delft is home to several advanced wind tunnel facilities that are used for the development and testing of turbine designs. Researchers from both TU Delft and UMass presented their work in a series of morning research talks and an afternoon poster session, creating a unique opportunity for the UMass cohort to exchange insights and ideas with colleagues from across the Atlantic. 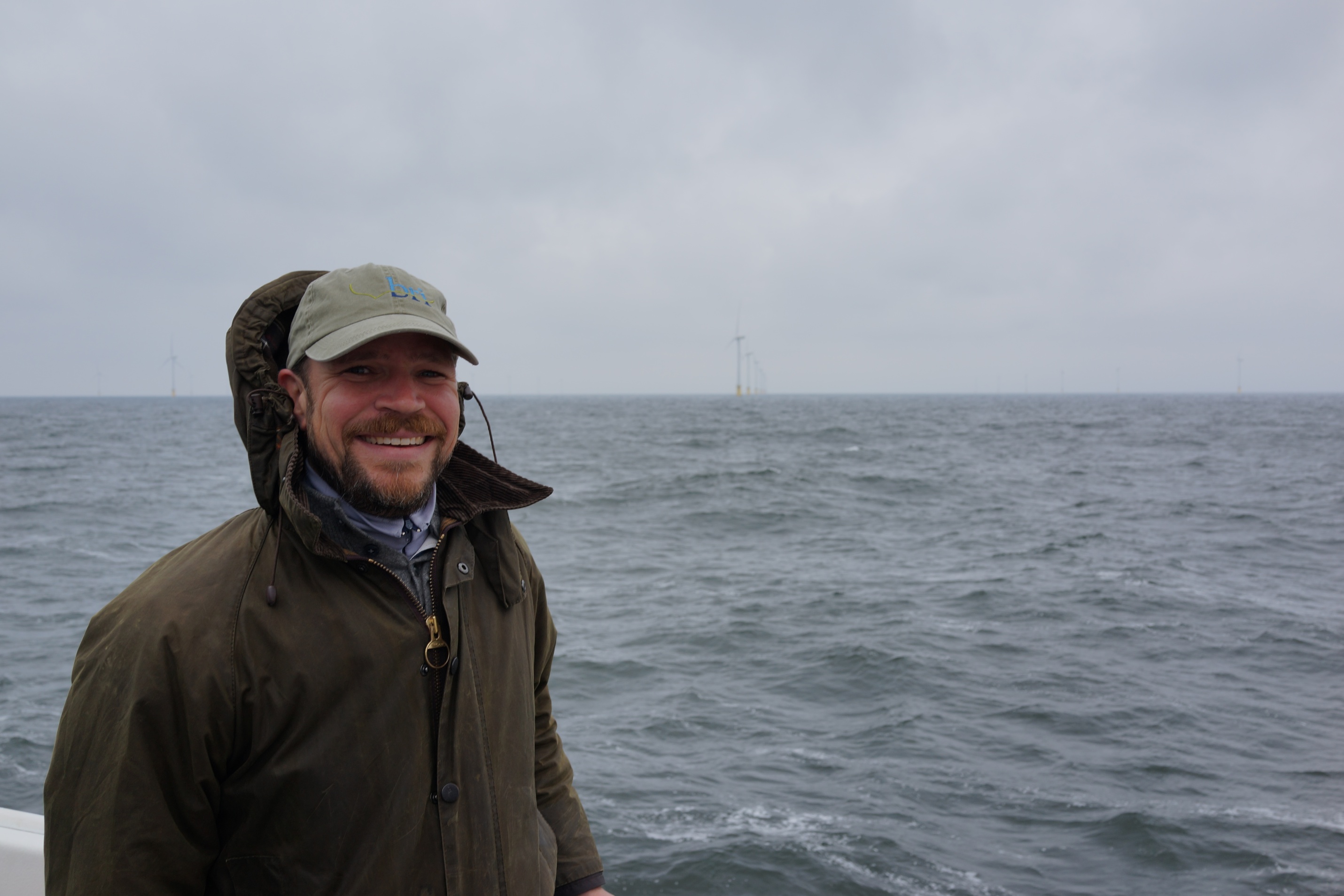 Though the choppy North Sea left some passengers feeling under the weather, a special boat tour of the Winpark Egmond aan Zee (OWEZ) site gave a group of UMass and TU Delft researchers the opportunity to observe an operating offshore wind facility from up close. Located 13 km off the Dutch coast, the 36-turbine, 108 MW wind farm was the first offshore facility built in the Netherlands. 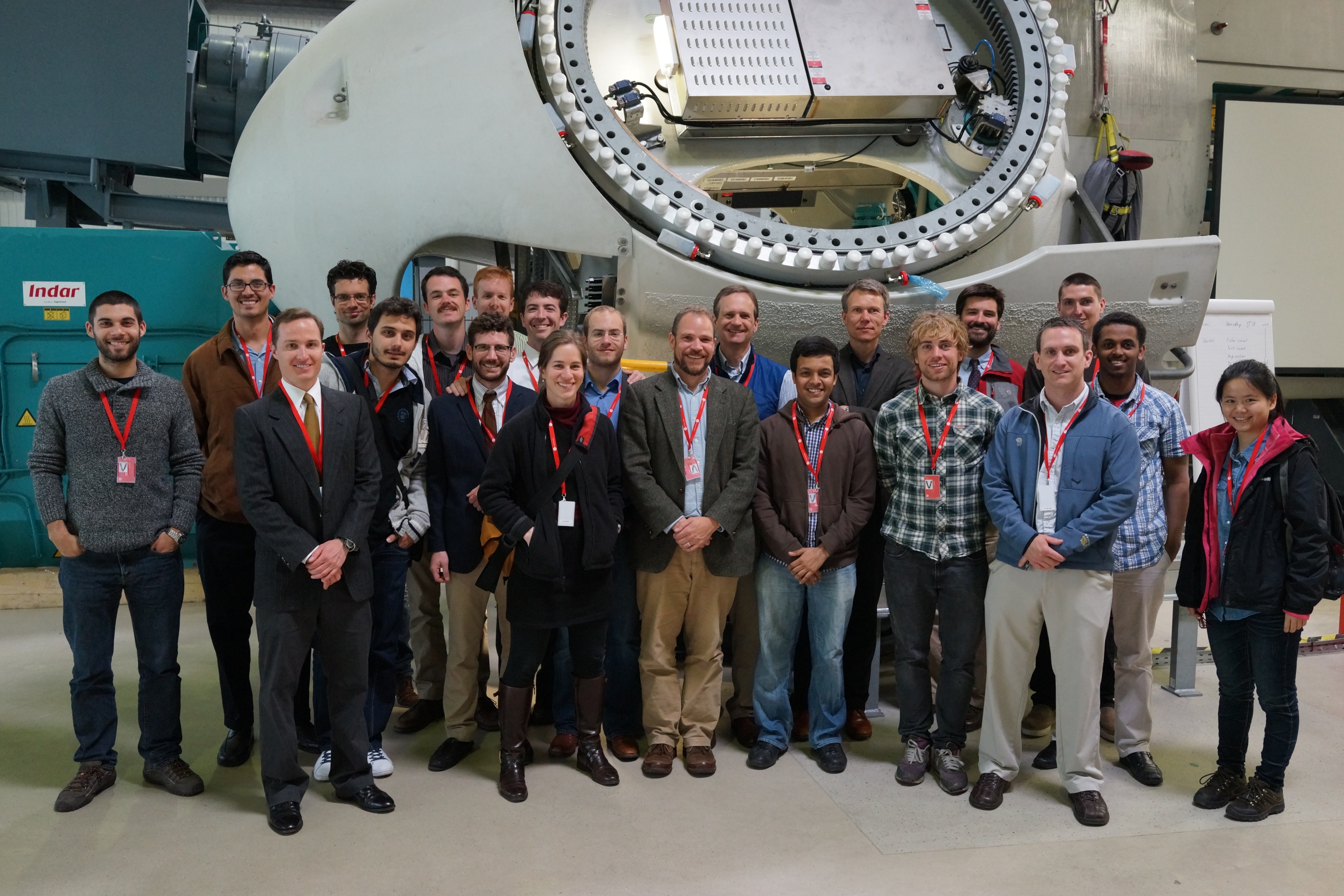 An eye-opening tour of General Electric's assembly plant in Salzbergen, Germany gave the IGERT team an opportunity to see cutting-edge turbine manufacturing techniques firsthand, as well as to learn about GE's business strategies and training programs. The Salzbergen plant has implemented a first-of-its-kind moving assembly line for nacelle manufacturing. The facility has the capacity to produce up to 1500 units annually. A training facility for turbine installation, operation and maintenance workers is also located at the Salzbergen site, and since 2004 has trained more than 10,000 people in safety procedures, as well as construction and maintenance techniques. 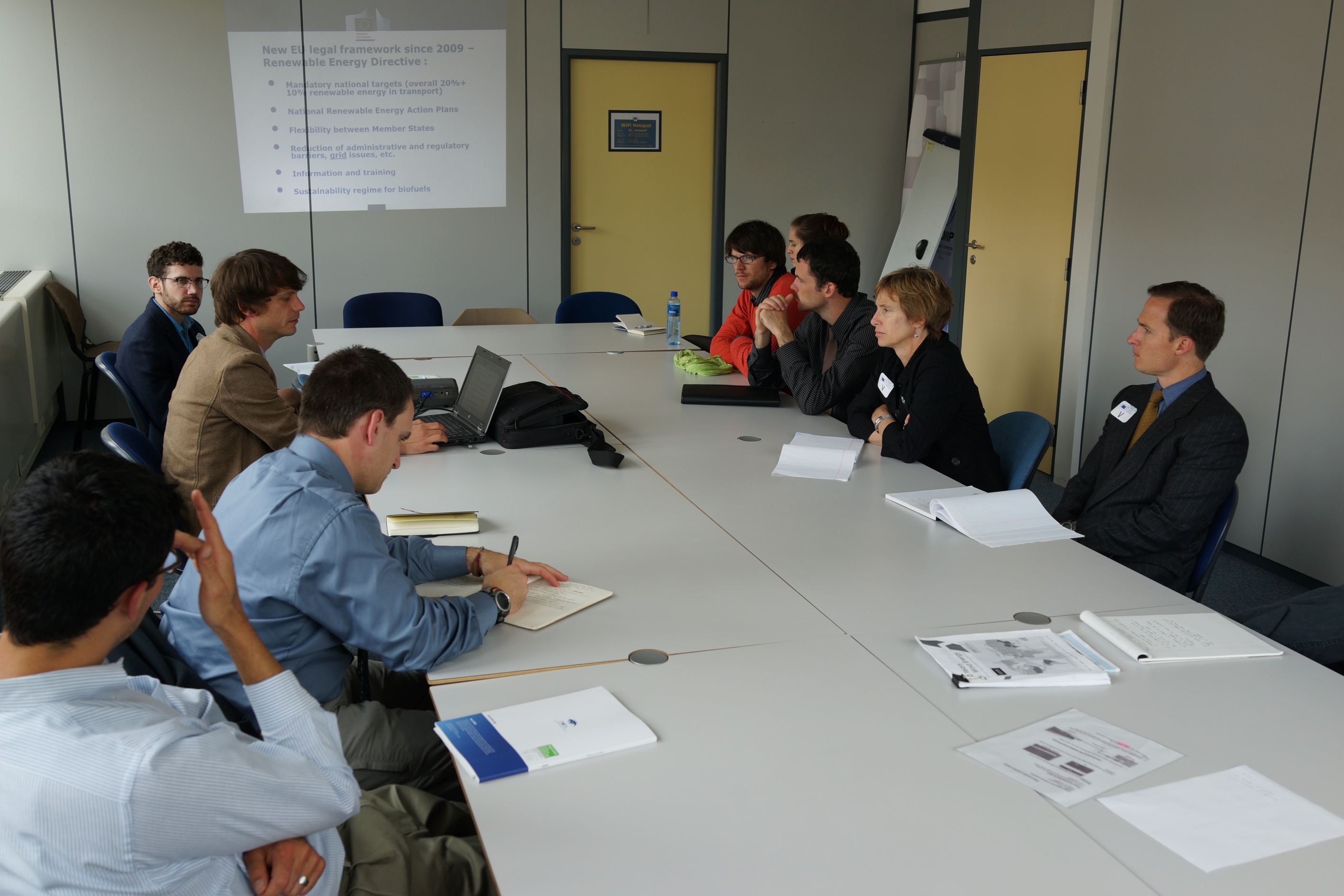 As the European wind industry matures, policies to support its growth are evolving. The European Commission will soon release a report of best practices and lessons learned from more than two decades of policy experimentation around the Continent. In Brussels, the IGERT team met with senior researchers and lobbyists from the European Wind Energy Association, who are agressively promoting the expansion of offshore wind. Though the ongoing econoimc crisis in Europe has slowed installations, the EWEA, which represents more than 700 industry organizations in 60 countries, is moving forward with plans to strengthen the offshore grid and improve the European turbine manufacturing supply chain. Later in the day, the IGERT cohort visited with Robert Lorentz, an official at the European Commission, who explained how the EC is monitoring progress toward the Continent's 2020 renewable energy goals, and gearing up to develop new renewables policies for 2030.